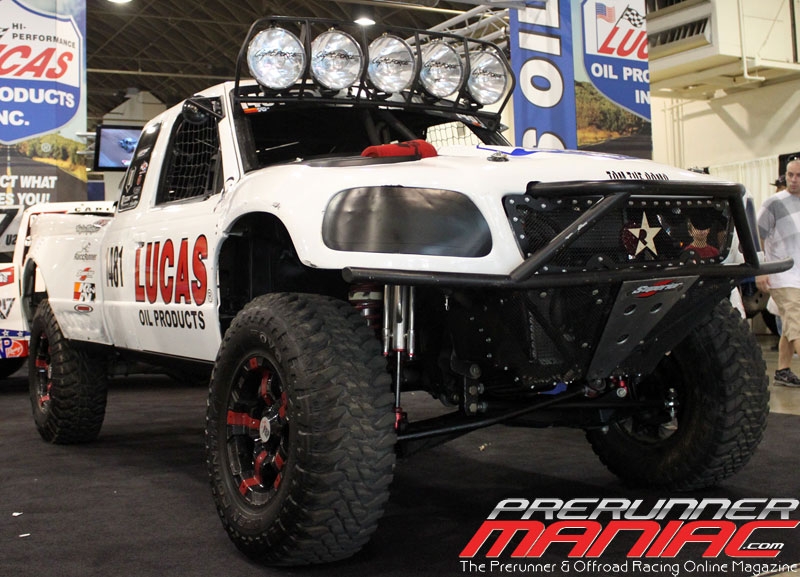 The Lucas Oil Off-Road Expo is the grand daddy of all off-road shows, and this is the first time we have been able to make it. We liked it so much it is already on the calendar for next year. 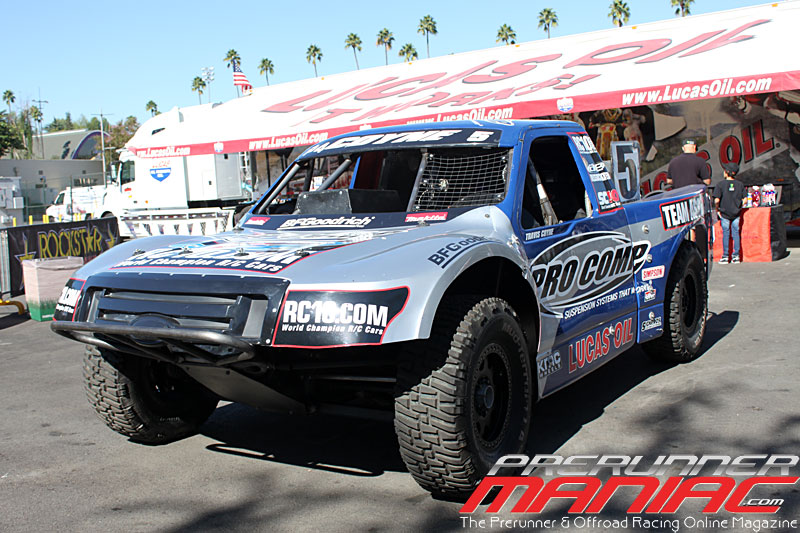 Along with great vendors showing off various prerunners and Side x Sides there were also a host of other attractions. At the entrance Travis Coyne’s Short Course race truck was there with a demo track set up, Can-Am had a test ride area set up where attendees could test drive the latest quads and UTVs offered by them, there was something for everyone who enjoys the Off-Road lifestyle.

Next we saw the legend of Off-road racing, Walker Evans signing autographs in the Goodyear Tires booth. Here is a shot of Walker’s #52 race truck. 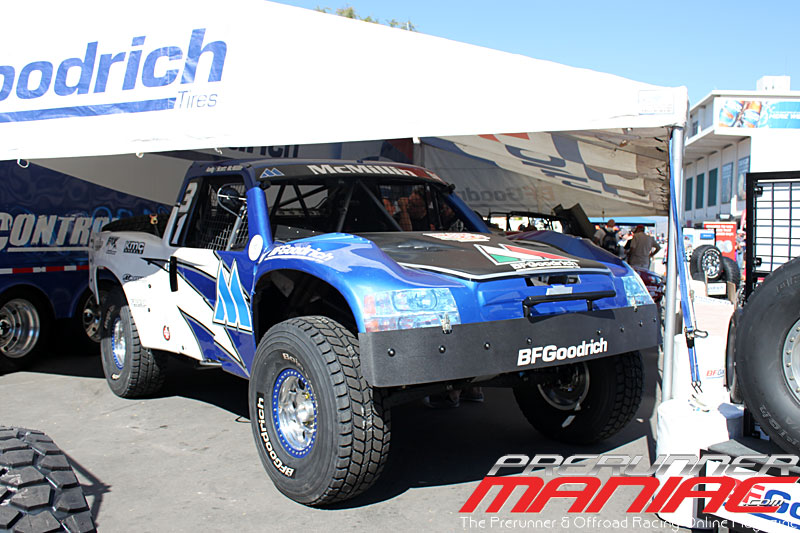 Inside the BFG Goodrich Tires booth we got up-close and personal with the Andy McMillins’ Trophy Truck. 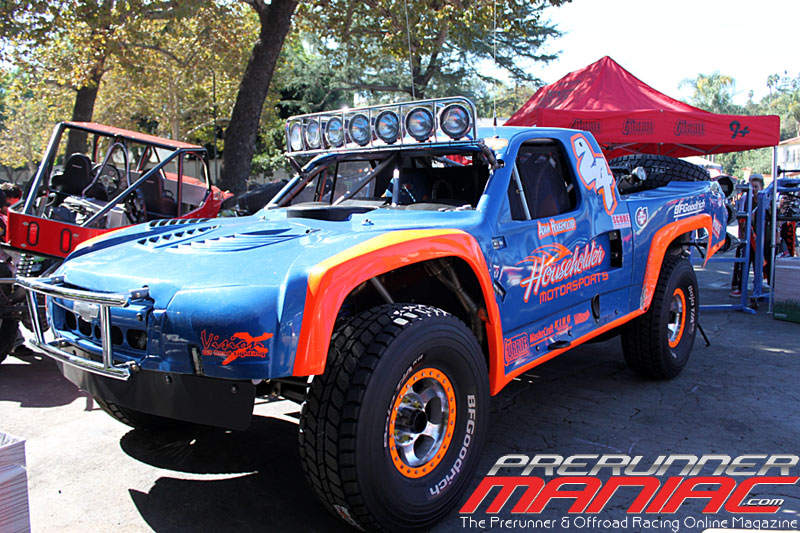 Currie Enterprises, makers of some of the best rear-ends in the business had Adam Householders Trophy Truck in their booth. 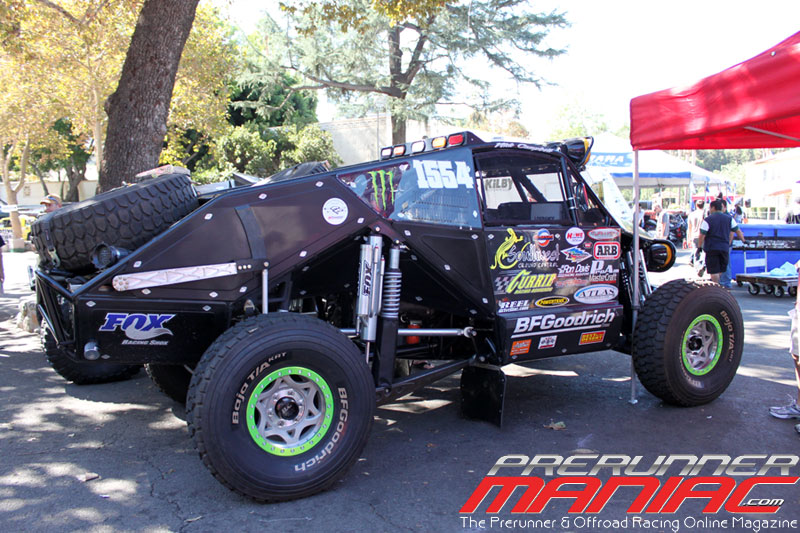 Also inside the Currie booth we see Shannon Campbell’s Rock Racer / Class 1500 buggy. This is what you call “Dual Purpose”. 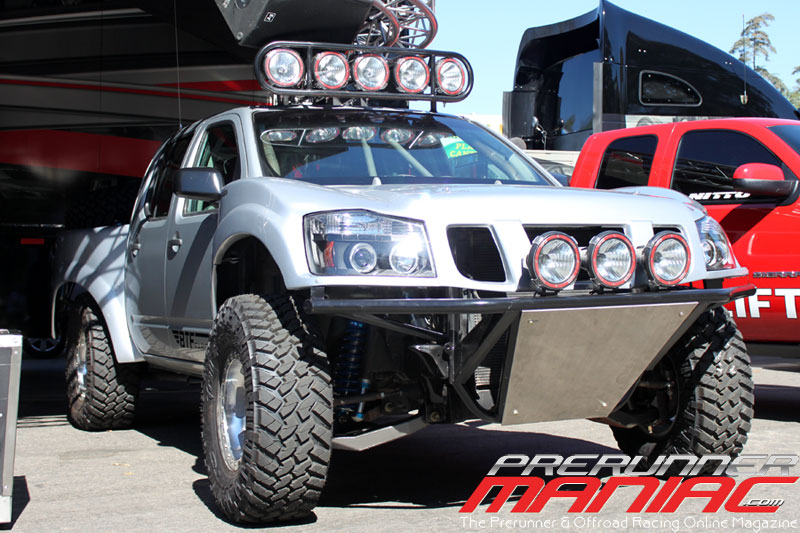 Next we were off to Nitto Tires’ booth where we saw this amazing Nissan prerunner. We also snapped a few shots of this Ranger prerunner. 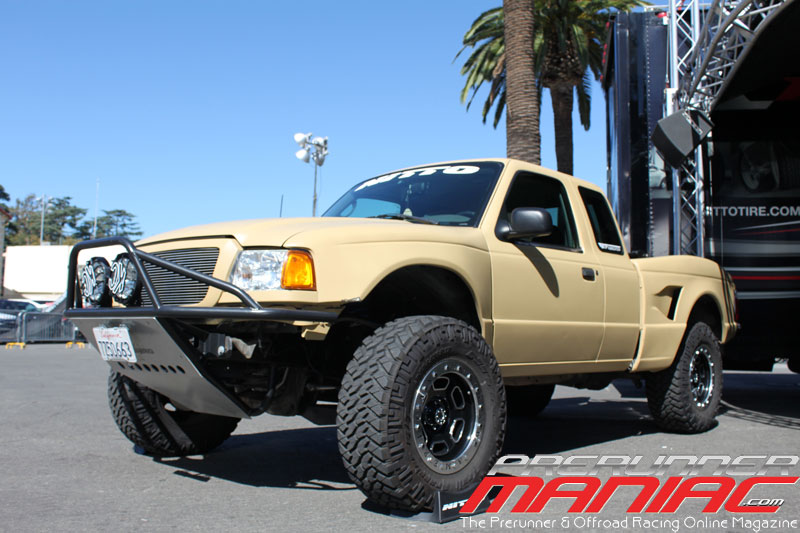 We also snapped a few shots of this Ranger prerunner. 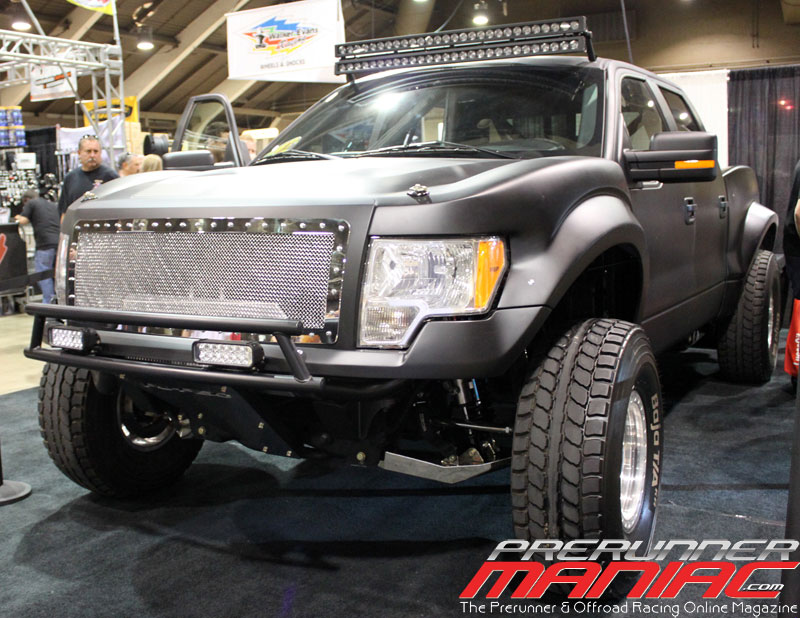 We turned and saw this blinged out F-150 prerunner, then saw our friends at Brenthel Industries. This prerunner will be featured at SEMA, and we couldn’t believe the quality of work put into this prerunner.

Setting this prerunner apart from the others is the chrome plated suspension components. I would hate to get this dirty. 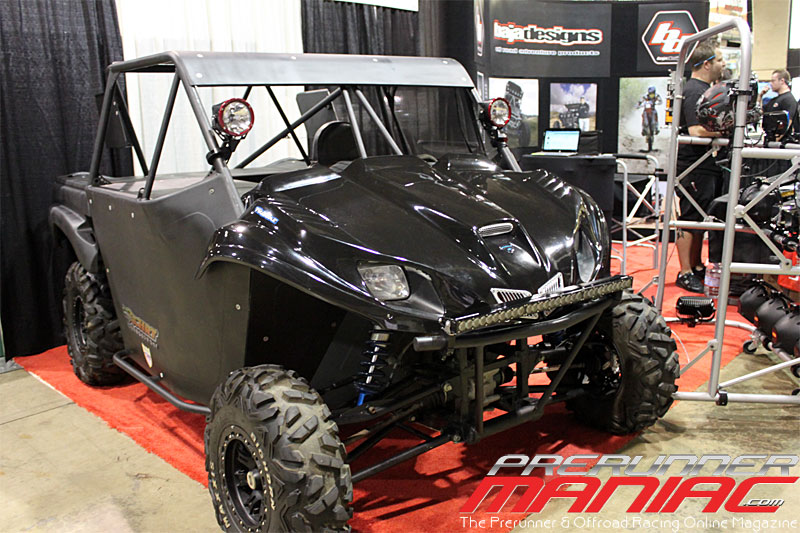 Baja Designs had this sweet little UTV in its booth featuring their new LED light bars. 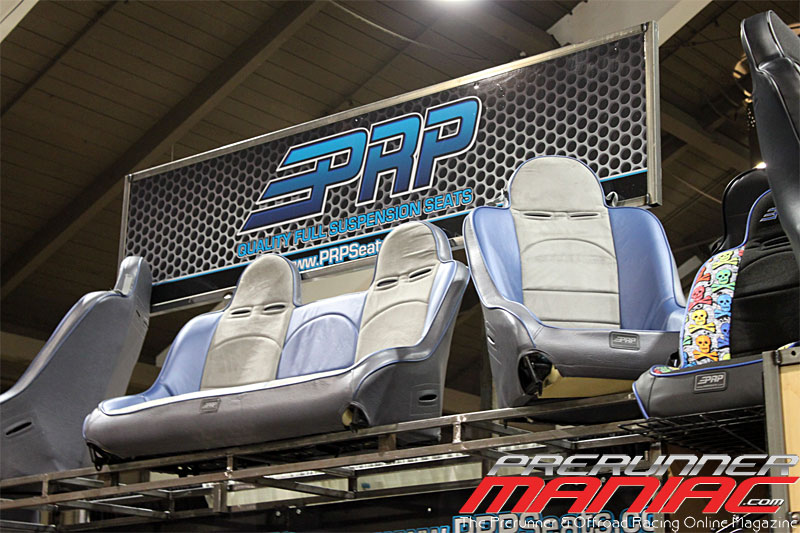 We stopped by PRP’s booth to see the latest seats they offer, and were shocked at what goes into building one of their seats. This cut-away clearly shows the quality. 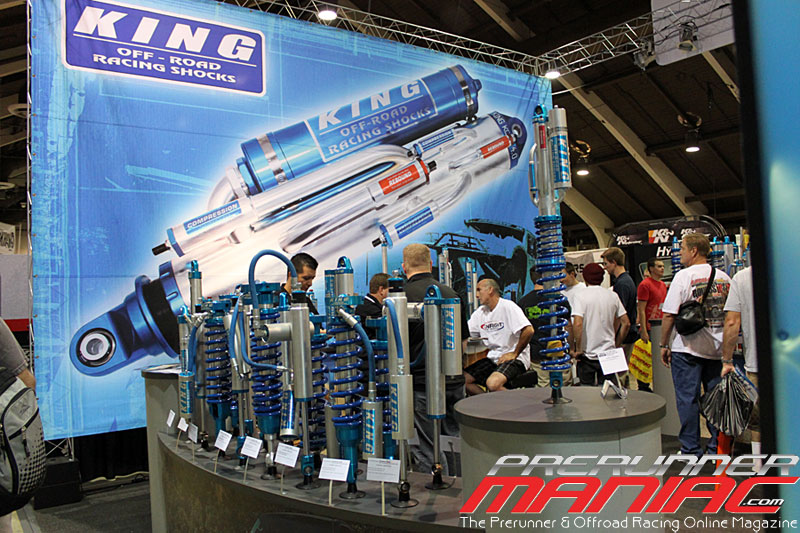 Then it was off to the King Shocks booth where we see their coil-over bypass shock. 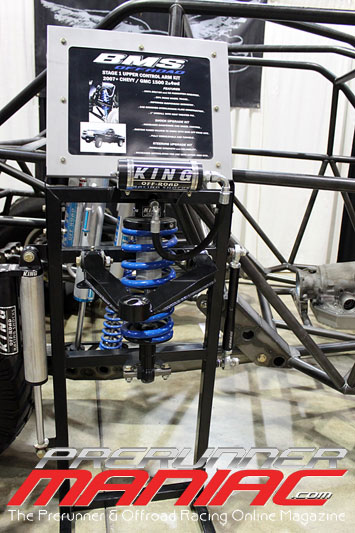 BMS Off Road had one of their kits on display along with what looked like a 7200 chassis. 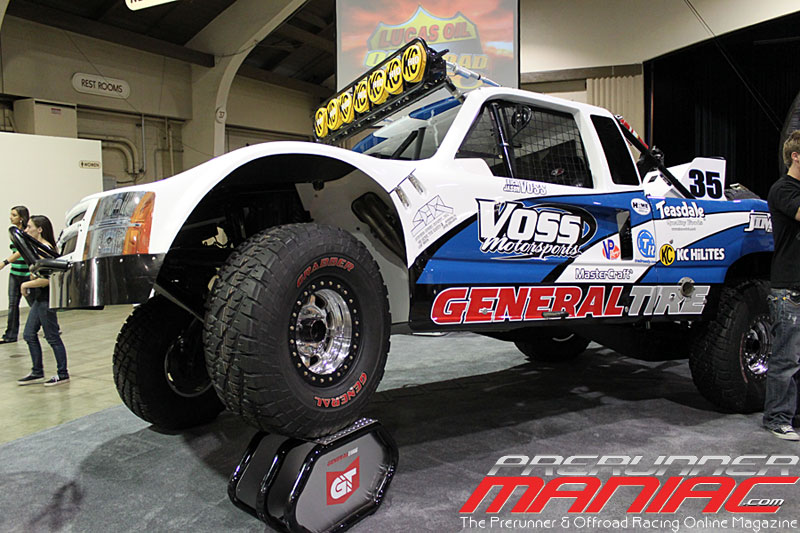 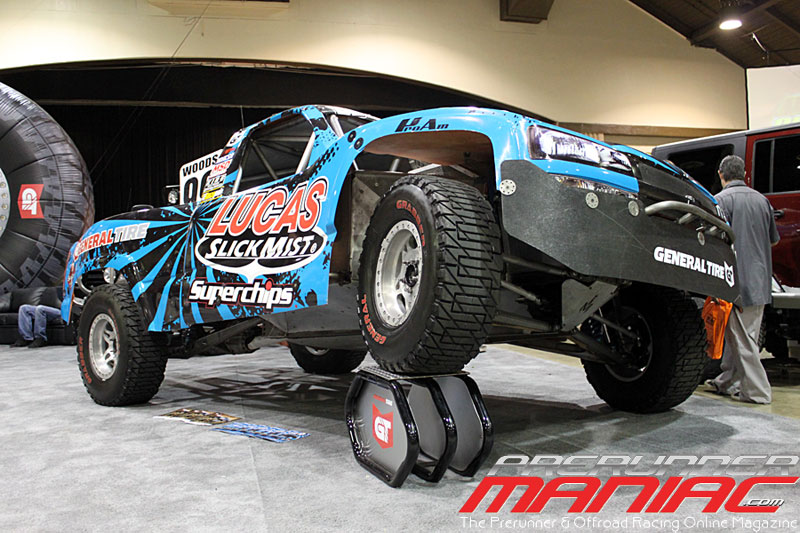 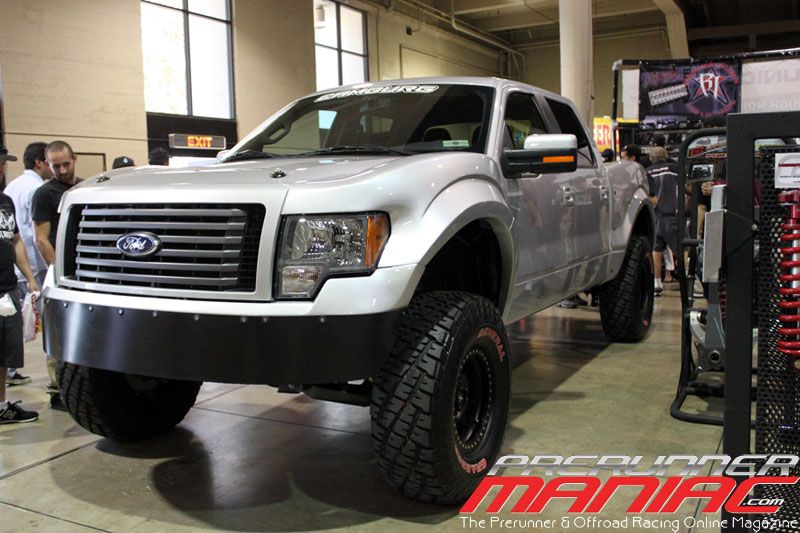 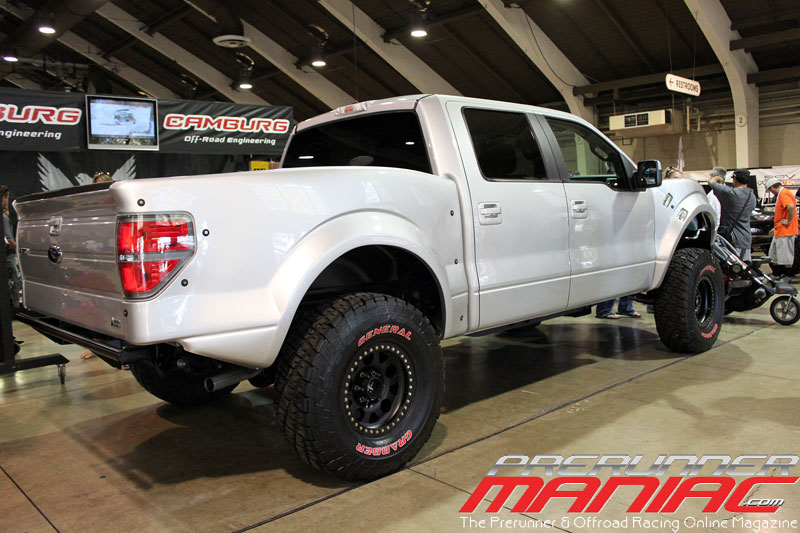 Camburg had this simple F-150 prerunner. I love the Trophy Truck air dam. 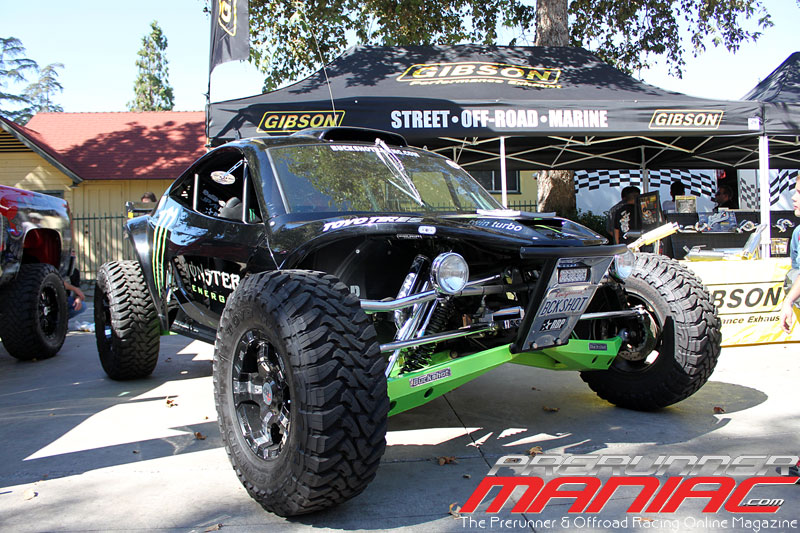 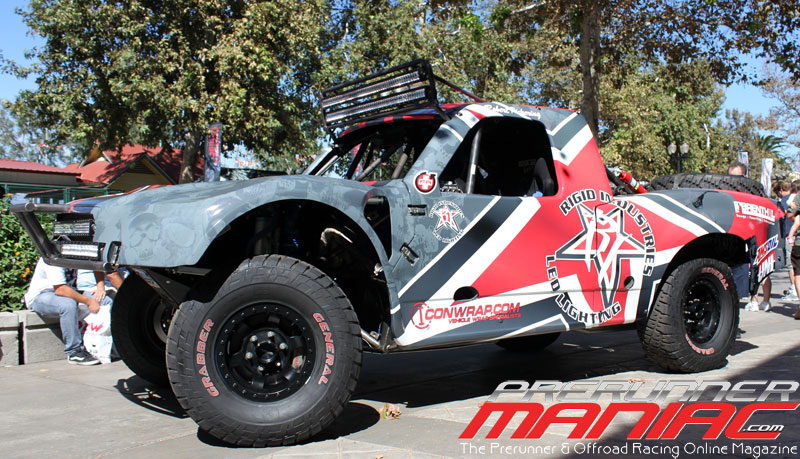 Here we see Robert Pickering’s 7200 truck. The chassis was built by Brenthel Industries. 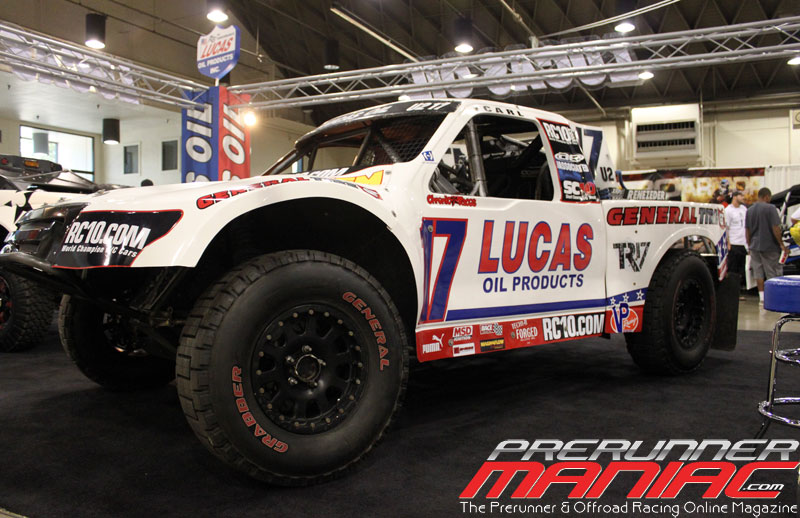 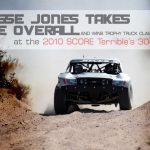 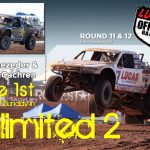 Lucas Oil Off Road Racing Series Round 11 and 12

I Want To Buy A Prerunner

What’s the Best Truck or SUV to Build a Prerunner